Star Scaffolding converted an old building into what looked like a new building. Having seen our wallpaper work for Servosteel they asked us to create bespoke wallpaper for various rooms and walls in their new premises as part of the finishing touches of their building. This was a considerable task as every piece was individually designed, with most of the non-historical photographs being taken by ourselves. The task was made all the more tricky as every single area to be covered had to be carefully measured. For a straight retangular wall that’s not a problem, but for those that involve windows, doors and odd shapes, it really does get quite demanding. Thankfully we don’t do the installing of the wallpaper but leave that to the experts in the decorating trade! 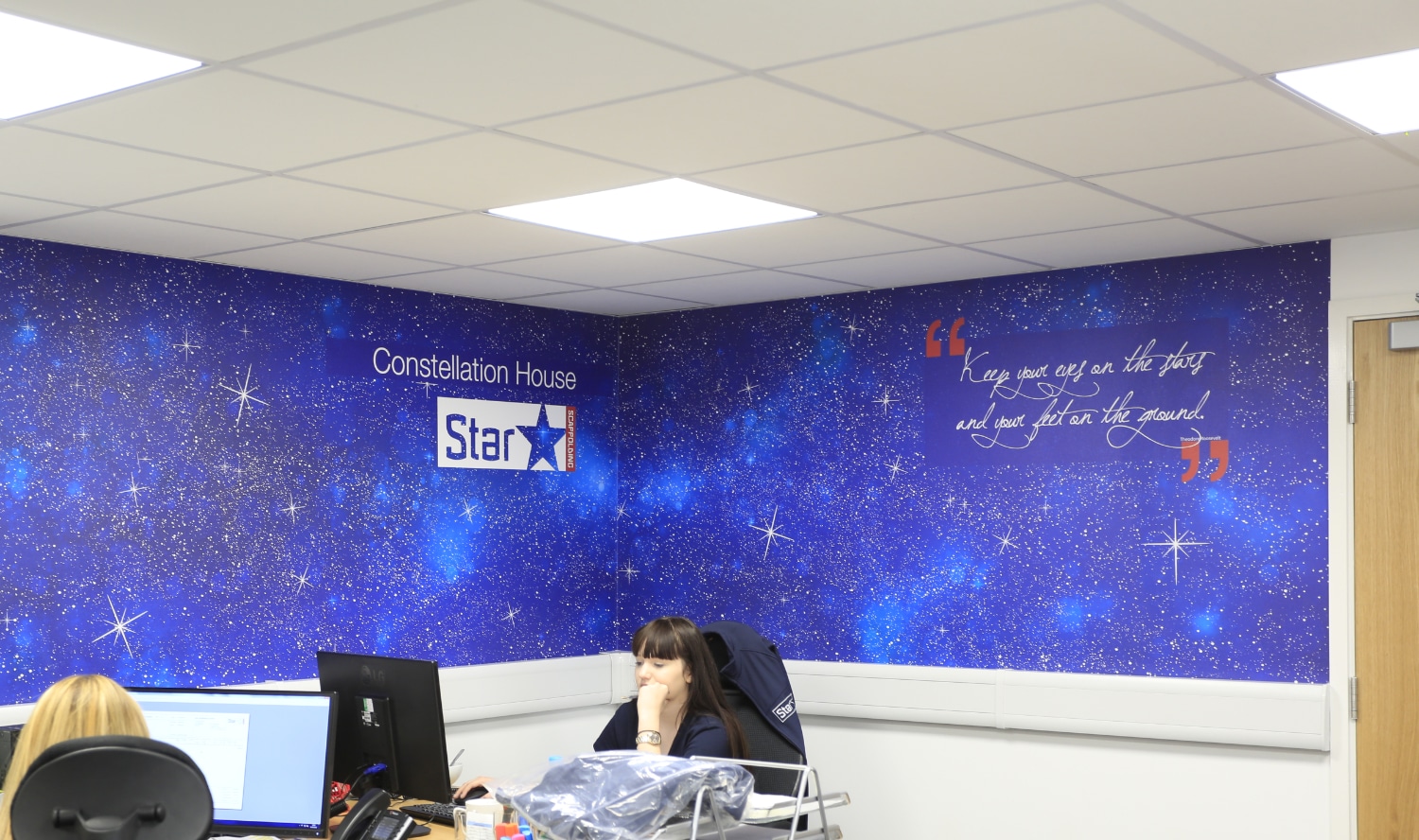 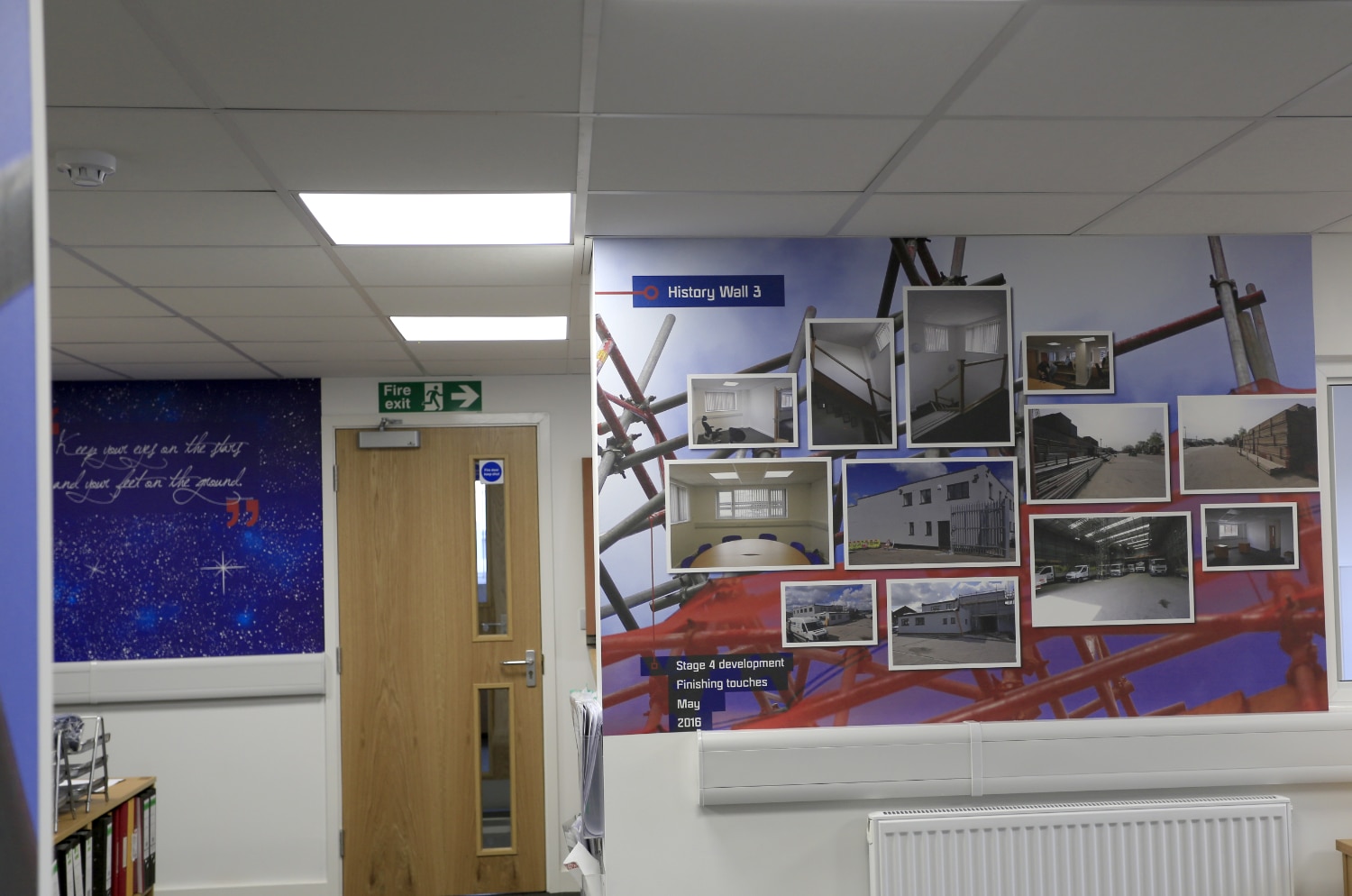 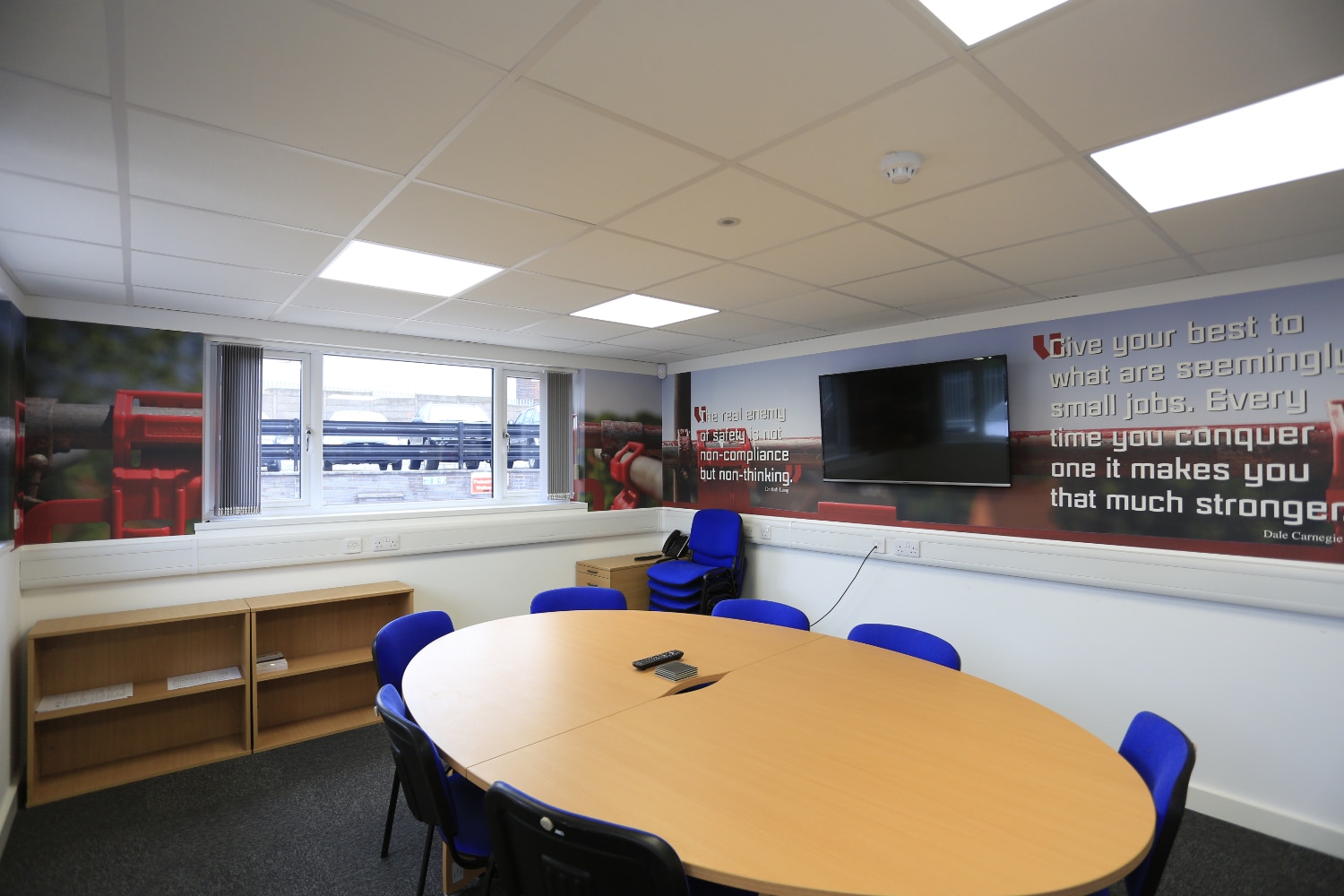 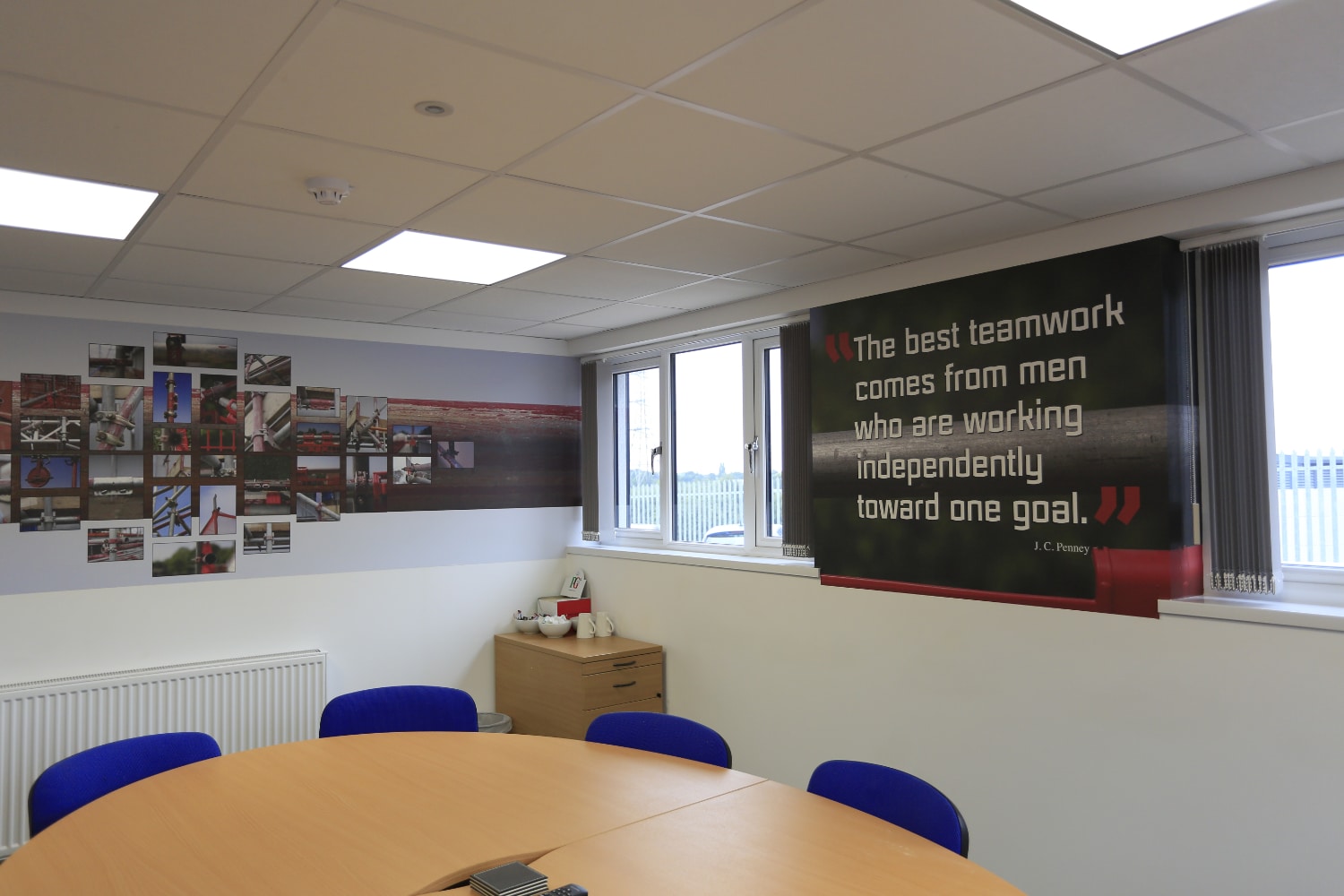 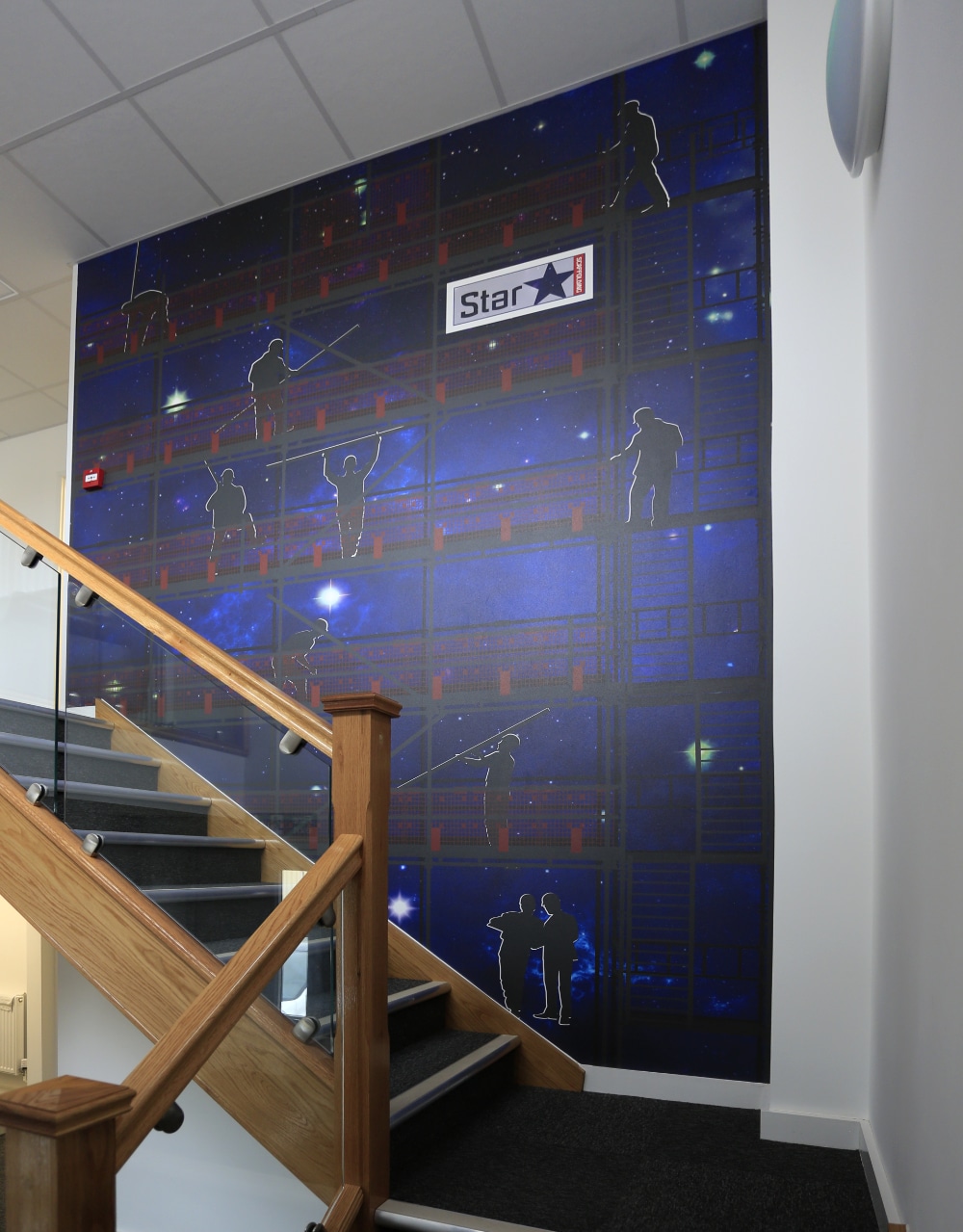 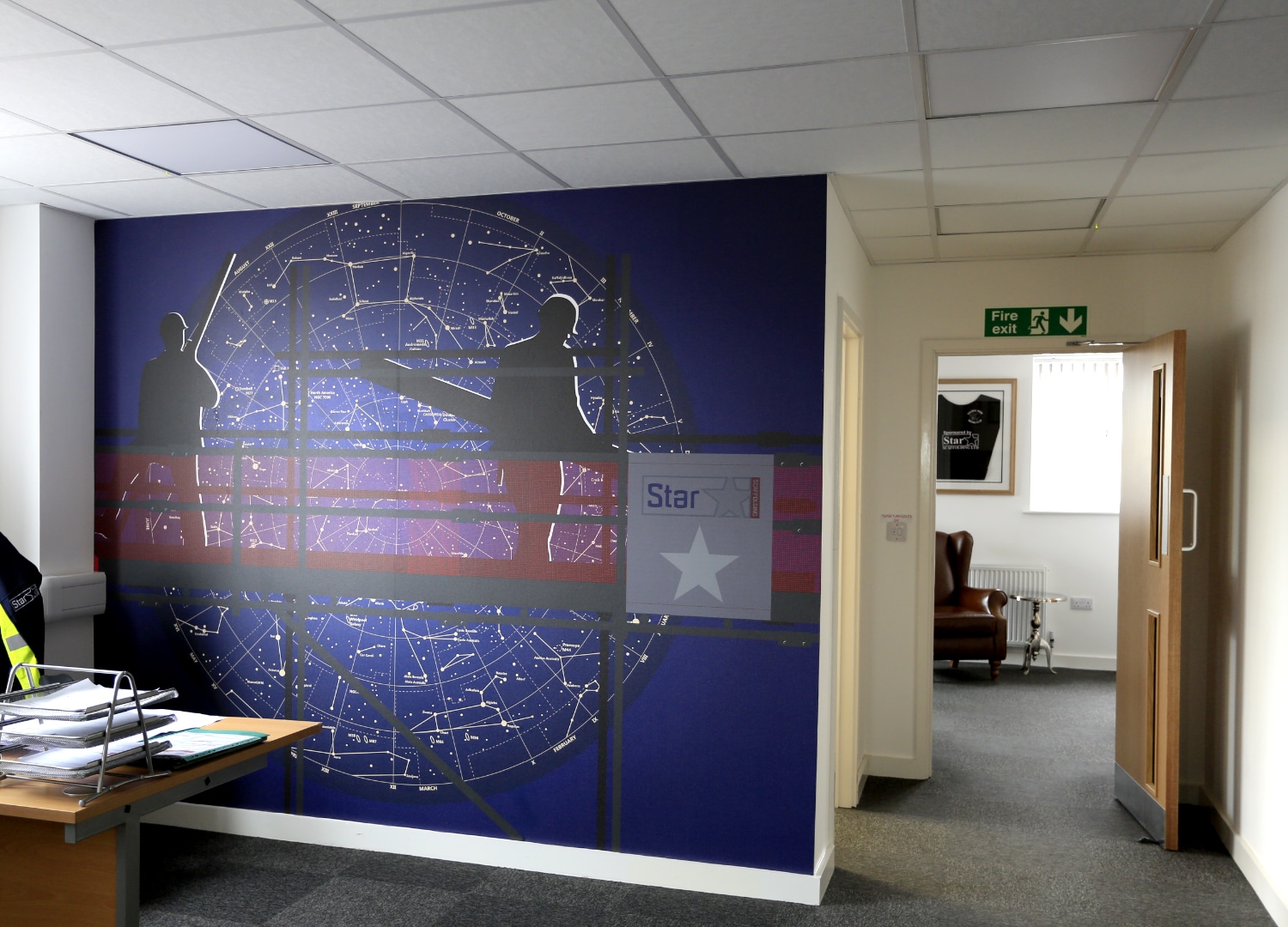